We celebrate the festival of Dassera tomorrow, which celebrates the victory of good over evil – victory of Ram over a 10-headed monster, Ravan.

The story is complex, as boundaries between good and evil keep blurring all the time. The so-called monster is a learned scholar and a king with several blessings to his credit, and cannot be painted all black.

This post is not about religion, but a view of how women were treated in ancient society.

Stories have been re-written with a feminist perspective, and one of those books is “Liberation of Sita” by Volga. I had posted a review of the book in 2017.

The Liberation of Sita – a book by Volga

I just revisit a few female characters the book mentions.

She is the monster Ravan’s sister, who takes the initiative to propose to a man. In return, she gets her nose and ears…

Don’t Pass It On!

Oh, Wow! I didn’t really think of this. I was reading a Snopes article and it talked about how trolls get their kicks.

What it amounted to was that they don’t care whether it’s good publicity or bad; they simply want their statements repeated. I realized that I was doing a lot of contributing to the problem by “sharing” the statement or meme or whatever across the medias.

It made sense when I read it. “This is horrible!” and “This is great!” will both get looked at and passed on.

Keeping this short, I paraphrased above. The article is good and well worth reading:

Let’s play around with words a little today. Yeah, we do it every day, but let this wordplay be a word game.

One can extract forget, table, or able from this word.

I give you three more

You can even change the order of alphabets  (like ‘peck’ from shipwreck, or ‘route’ from customer).

Choose any one of the four options given above.

uses you as a ladder

to achieve his goal

then instead of being grateful

Braggs of his talent

not giving you any credit

are you able or unable

‘Come to me with all your problems and I will guide you to the fountain of true happiness.”

Some fools believed in his magic tricks, smooth talks, and false promises hoped that with his superpower he will help them get money, power, and success without any hard work.

He took advantage of their laziness, greed, and stupidity, made enough money, acquired enough power to think him above law till one day, when he molested a minor girl, who was brought to him by her poor parents for some treatment, in the hope that he will cure her with some prayers.

He was caught as the girl and her parents complained to police, though he feigned innocence no one believed him this time and the same people who have put him on the high pedestal were after his blood, realizing the seriousness of the situation he absconded in tattered clothes to disguise himself, praying not to be recognized as he knew nothing is worse than mobs furry.

When he could run no more, hungry and tired he fell down and lost his consciousness, lying there he was getting sympathy from people who did not know his real identity but was he human, worthy of their pity?

Who was to be blamed, people who gave him the chance to cheat themselves, or the fake godman who took advantage of their greed and cheated them?

Those Who Stand Aloof…

The attackers alone can’t be blamed

Those who stood aloof

In time, they also will be shamed.

The death of celebrities is no less an event than shenanigans during their lifetime.

The eagerness of fans belied pandemic fears, as they thronged to have a last look at the prima donna.

Shock is the only word that moved through the crowds like lightning.

“Its not her, for sure…” uttered one who could hold it no longer.

The fountain of youth lasted only as long as life. Death revealed the face she had carefully and skilfully covered for long. 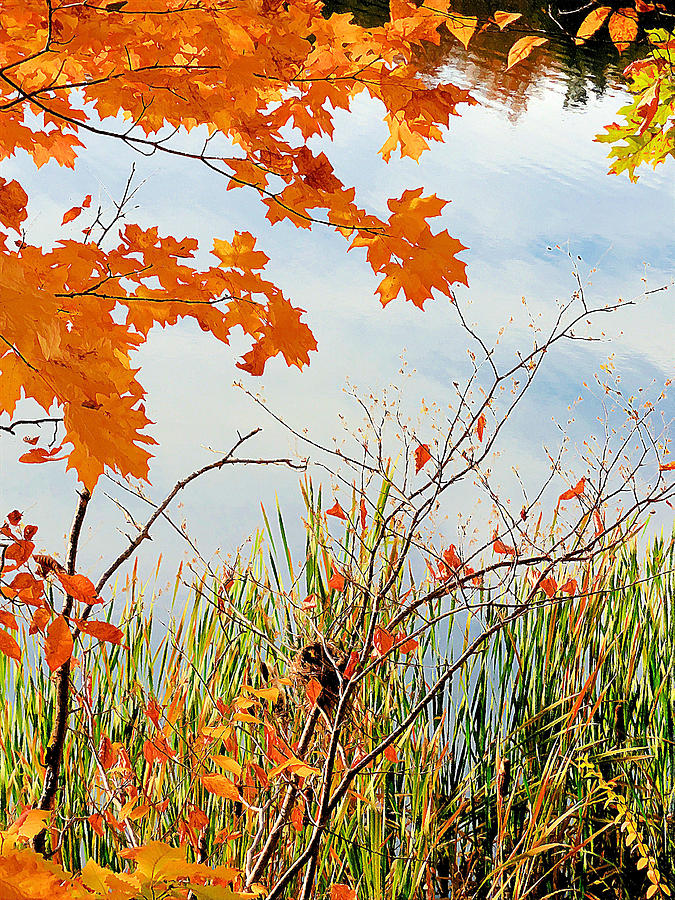 Hello to All D’versians gathered here today at this site of pubtalk and poetry! Lisa here, hosting Open Link Night.

How many times have you traveled the same street and felt fairly confident, probably subconsciously, that you could name every object on it? At the same time how many times have you happened across something on a familiar pathway that you suddenly see? Is it because things near it were removed, changed, or faded? Have you been distracted by thoughts and feelings that made your eyes go on automatic? Or has this moment become the right time to validate the presence of what has been missed before?

One group of people in Boston were purposeful about revealing the hidden with their Raining Poetry Project.  They stencil poetry in locations in the city with a water-resistant paint (that wears away after a few weeks – hope it’s not toxic!) so…

You Can’t See My Roots

You cut me making me bleed

Liquid of life flows down my trunk

You strike and bruise me tearing my skin

Yet I stand tall // strong and mighty

For you can’t see my roots

You cut off my branches take off all my leaves

Thinking surely he will die

You burn me stripping me bare

Leaving me exposed to the elements

Yet I stand tall // strong and mighty

For you can’t see my roots

Not much of me left to show

“Surely we have killed him this time…

He has nothing left // his strength is gone”

They do not know // they cannot tell I will rise again

I will come back with exponential strength

For my strength is in my roots

A Folktale – The Trouble Tree

Inside the Mind of Isadora

The carpenter we hired to help us restore an old farmhouse had just finished a rough first day on the job. A flat tire made him lose an hour of work, his electric saw quit, and now his beat-up pickup truck refused to start.

While we drove him home, he sat in stony silence.

On arriving, he invited us in to meet his family.

As we walked toward the front door, he paused briefly at a small tree, touching the tips of the branches with both hands.

When he opened the door, he underwent an amazing transformation. His tanned face is a wreath in smiles as he hugs his two small children and kisses his wife.

Afterward, he walks us to the car. We pass the tree, and my curiosity gets the better of me. I asked him about what I had seen him do earlier.

A poetic journey of expression and compassion

A poetic journey of expression and compassion