“A question that sometimes drives me hazy: am I or are the others crazy?” – Albert Einstein

Posted in quotes and tagged dog. Bookmark the permalink.

he was a stray dog

no pedigree no lineage

taught us to love in short lifespan

we miss you my lovely dog

Touch with love and care 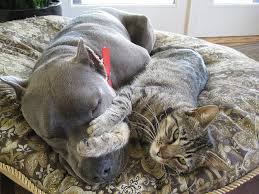 happiness is looking into the innocent, cheerful, smiling eyes.

Sitting under a tree at, its trunk keeping my back straight. Weather is very pleasant, cloudy, cool breeze, giving a hint of rain. I’m all alone, enjoying the surrounding, full of trees.

There comes a dog. Looks at my face. Perhaps for any sign of like or dislike. Founds agreeable. Comes close hesitantly. Sniffs my feet, then hurriedly licks my feet and runs away. Comes back again. This time more confident. Wags its tail, again licks my feet and goes away.

Suddenly comes a squirrel, stripped, cute, just 4 inches away from me. Looks at my eyes. I’m sitting very still. Not to frighten it away. We are both looking at each other. It takes me like a statue, perhaps. I can’t keep long without blinking. I blink. The spell is broken. It runs away.

This is the first time a squirrel has come so near. I feel sorry. I could not take its photograph but I’m happy, very happy.

It takes so little to be happy.

Turn to your co-workers, kids, Facebook friends, family — anyone who’s accessible — and ask them to suggest an article, an adjective, and a noun. There’s your post title! Now write.

My husband gave me three words, ‘The’, ‘Beautiful’ and ‘Dog’.

Here goes my story about ‘The beautiful dog’.

It was the cutest, prettiest puppy I have seen in my life, till then.

Frankly, I didn’t love dogs in childhood. Thanks to my brother’s friend who would always shoo his dog after me. The brute was big, ferocious and beautiful if dogs can be called beautiful or handsome. But became submissive after I overpowered him one day.

My maid’s daughter brought this puppy to my house as it has lost its parents. My daughter insisted that she will look after it, though she did not and we ended up looking after it.

The dog was named ‘Kutkut’ as the whole night it made peculiar kutkut sound.

With our love and affection, it became one of us but was envious of my son. It will play with my son but if the father loved him, the puppy will start fighting with my son.

How he will make us understand what he wants without uttering a word, beats me.

He was naughty. He liked the company of girls more than boys though running away with their cricket ball was his favorite game.

He will sit beside my maids 4 daughters listening to their gossip as if understanding everything looking from one girl to another.

I can go on and on praising him and writing anecdote after anecdote describing his playfulness.

This story I wrote for Five sentence Fiction will describe his real nature.

“He was my companion just for three years and in three years he taught me a lot of things, such as humor, selfless love, how to get whatever he wanted without even muttering a word and how to listen patiently before succumbing suddenly to his undiagnosed illness.

Just then my maidservant came running furiously, she asked me not to pamper the scoundrel as he had pulled down my mother’s freshly washed white sari and was stamping on it with muddy feet and now the cunning fellow has the guts to seek your sympathy as he was sure to get a smack from her.

My adorable dog Kutkut showed his displeasure in this way.”

When chitter and  meow went for  jog

Entrapped were they in the dense fog

Eyes are the most prominent feature of anyone’s face we can never forget especially then when they are trying to convey something.

She had very expressive eyes. She never scolded us. Just a cold look would make us stop on our track. She controlled us with her eyes. Words were never necessary. She communicated very well with her eyes. I can never forget her eyes when her time to leave this world came. What goes inside the mind of the person who knows his/her time has come. What was there in her eyes apart from love, blessings? Fear of leaving loved ones? Fear of unknown? Something was there in her eyes which still haunt me.

One evening all alone, .I was roaming in my garden. After some time I went to a nearby pillar with a grape-vine surrounding it. I kept my hand on the pillar. After few seconds suddenly my sixth sense alerted me. I had an eerie feeling. There was stillness in the atmosphere, everything was very quiet.   Someone was watching me. If someone watches you intensely, you will find that your sixth sense alerts you. I was not able to breathe, my heart fluttering badly. I don’t believe in ghosts or demons but for a second I thought what if all that is true. I stood still for some time. After taking several deep breaths, I turned my head towards my hand; just few inches away two small frightened eyes were watching me. I discovered that it was a big fat green caterpillar. I felt ashamed of my behaving as childishly as it was more frightened than me. Slowly I moved away from it leaving it to enjoy its meal.

My dog was on his death-bed, hid head on my lap. His requesting, pleading, tear filled eyes asking me how I can let him go. I could not save him. But those eyes remained in my mind for ever.