My foot in my mouth

Instead, I wanna hide 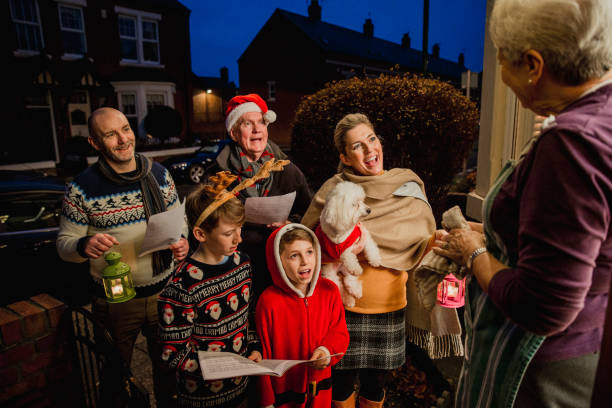 Our was a small locality. We were all friends.

One day ‘A’ came to me and said

‘Listen ‘Cee’; please don’t tell anyone, it’s a top-secret. I’m telling you only.’

I said, ‘When you can’t keep it a secret then why expect it from me.’

‘I have faith in you that you will keep it a secret’, she said.

‘Please don’t tell me, if it’s that important’, I told her.

She got angry with me and went to another friend ‘Bee ‘and told her that ‘Cee’ can’t keep a secret so never tell her anything and don’t tell her that I have told you this.’

I asked ‘did she tell you to tell me.’ She said’ no but don’t tell her what I told you.’

‘Then when you can’t keep it a secret then why are you telling it to me?’

‘I’m doing you a favour because ‘A’ will tell everyone  that you can’t keep a secret so not to tell you anything, then no one will share a secret with you.’

I said ‘I don’t mind anyone not telling me a secret. Everyone should keep their secret with them.’ Now ‘Bee’ also became angry with me and went to tell it to other friends.

That’s how I was branded as a girl who can’t keep a secret.

Daily Prompt- Locked and Sealed– Can you keep a secret? Have you ever — intentionally or not — spilled the beans (when you should’ve stayed quiet)?

I hope it will not be called bragging if I say that I am very good at keeping secrets.

Still I can recall one incident where I was guilty of spilling the beans, unintentionally though.

When I was in school final, we were four very close friends since class eight, we shared everything between us.

One day my closest friend KK asked me whether I can keep a secret or not. I said yes and she told me that her parents have arranged her marriage and soon she is going to get engaged. She requested me to keep my mouth shut as she herself will tell other friends and give us a party. I was very happy and wanted to share it with all but she made me promise to keep quiet.

Next day when all were chatting in lunch break one of my friend complained that we did not have a party for a long time. Suddenly I said that KK is going to give us one nice party soon.

All friends forced her to tell her the reason for the party. Unwillingly she told them.

It was a slip of tongue, I apologies to her but she did not forgave me and stopped talking to me since then.

My friends also requested her to forgive me but she was adamant.

We resumed talking after sometime as we both were dying to talk to each other.

Since then I have never revealed a secret.

Daily Prompt- Advantage of Foresight– You’ve been granted the power to predict the future! The catch — each time you use your power, it costs you one day (as in, you’ll live one day less). How would you use this power, at all?

The future is unpredictable and that’s what makes life interesting.

What is the use of predicting the future unless you have the power to change it?

Just knowing what lies ahead and lessen one day of your life doesn’t make sense unless it is good for you and you can change it if it is bad.

Life already is full of problems, why add more worries and lose peace of mind.

Your choices and decisions were taken today to make your future.

So take lessons from yesterday, live in today, and work hard for a better future.

Daily Prompt- You, Robot–  Congrats — you’ve been handed a robot whose sole job is to relieve you of one chore, job, or responsibility you particularly hate. What is it?

It is true God sees but late.

When I needed someone to help me I would have loved to have a robot to save me from cooking. I always hated cooking. It’s a very time-consuming job and if you are cooking for your family it’s thankless also. You can’t make every member of your family at the same time. Children need something, elders another.

Making some special dishes is okay but daily cooking is a tedious, tiresome job. But surprisingly now at old age, I don’t hate any job. Perhaps the more I am unable to do some jobs the more I cling to them to keep myself active.

After much thought, I think I will make my robot my driver. I love to go outdoors and have to depend on my husband’s mood. Nowadays I hate driving and searching for parking places. It’s a nice idea to give it a driver’s job. Please God really hands me a robot so I can go out wherever and whenever I want. The world was waiting with bated breath; my team members were chewing their nails as it was cricket world cup finals between two recognized rival countries making the match more interesting.

Last over, last ball and I was the last batsman to take the strike, only four runs needed to win.

I looked equally menacingly at the bowler; corrected my stance: it was either hit six or be doomed.

Someone wailed in my ears ‘ wake up silly, wake up’

Oh no! Why mother comes always at the wrong time or is it that the dream always comes at the waking time.

Daily Prompt- Uncanned Laughter–  A misused word, a misremembered song lyric, a cream pie that just happened to be there: tell us about a time you (or someone else) said or did something unintentionally funny.

It’s an old, at least 53 years old faux pass but I still feel ashamed of it, an incorrect word I  used in my haste to show my knowledge.

It so happened 53 years ago my newlywed elder sister came to visit my mother and me with his Christian husband on Christmas eve afternoon. After chatting for some time they got up to go but my mother insisted they go after dinner.

Before he could finish, to show how much I know of their culture as I had studies at missionary school, I chirped in

‘Mother let them go they have to go for PAROLE’

Full marks to my BIL, real gentleman he is, very quietly without even smiling, he corrected ‘ carol, Indu, carol.’

With great difficulty, my sister suppressed her smile. I still feel embarrassed when I remember this.

Afterward, we all had a good laugh on that. 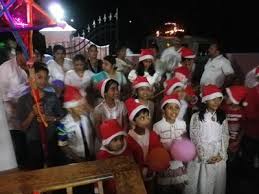 Life can be very boring, sitting the whole day in a corner, watching workers doing their job, even for a stuffed goat.

Do you believe in animism? I do. I have a soul like plants, winds, and mountains. I can’t speak but I can understand everything.

When one day one worker scolded her pretty daughter for not studying properly and failing in the same class again and again that if she fails one more time he will marry her off to me.

Since then life has become a bit interesting. I am waiting for her to fail.

The first version of FF

I was assigned the most important job in the office to keep watch on fellow workers.

I knew they despised me and whispered to each other, ‘ see that back biter, sitting there a whole day like a stuffed goat, doing nothing and bleating all the time.’

I might have resigned long back but one day I overheard the boss threatening that pretty worker, ‘ look you silly goat! You make too many mistakes. One more mistake and I will make you marry that goat and resign.’

Since then I’m waiting for her to make a mistake. Hope keeps a man alive.

( Which one is better friends. Feedback please.)

Daily Prompt- An Odd Trio– Today, you can write about whatever you what — but your post must include, in whatever role you see fit, a cat, a bowl of soup, and a beach towel.

Nonsensical Tale of a cat, a soup bowl, and a beach towel

The cat was looking at the empty bowl of soup indignantly. ‘He could have put some milk in it before sleeping’ she grunted.

‘You can eat some carrots instead’ poked the rat that was nibbling the corner of the beach towel, the man sleeping on the floor has wrapped around his waist.

‘You are a nincompoop’ said the cat.

The rat ran to the dictionary to find the meaning of it.

The dog who was shredding the other end of the beach towel laughed.

‘What’s so funny’ inquired both the cat and the rat.

‘It’s the way you run to the dictionary every time he says some funny word instead of doing your own work makes me laugh.’ said the dog and laughed again.

The man, who was still inside the beach towel, woke up with a start at the noise they made.

The towel fell on the ground. They all started laughing. He collected it and again wrapped it around his waist.

‘Oh! I’m late again for the breakfast. Instead of chewing my towel why don’t you all do something?’ He complained.

They all circled around him.

‘I’m hungry’, the rat said,’ there are no breadcrumbs on the floor.’

‘I’m hungry, no milk in the bowl’ whined the cat.

‘I’m hungry too’ said the man.

For once they all agreed on something.

He fetched something for everyone from the kitchen then they all ate together.

Someone said ” Truth is stranger than fiction” methinks funny and lovely also.

He was my companion just for three years and in three years he taught me a lot of things, such as humor, selfless love, how to get whatever he wanted without even muttering a word and how to listen patiently before succumbing suddenly to his undiagnosed illness.

Just then my maid servant came running furiously, she asked me not to pamper the scoundrel as he had pulled down my mother’s freshly washed white sari and was stamping on it with muddy feet and now the cunning fellow has the guts to seek your sympathy as he was sure to get a smack from her.

My adorable dog Kutkut  showed his displeasure in this way.

dancing with my muse

Why choose.. lets go with both

Creative writing, photography, opinions, random thoughts and pretty much whatever I feel like!

Writing and Stuff by Chris Hall - Storyteller and Accidental Blogger

Musings of a Renewed Mind
photographias

A Writer In The Room

dancing with my muse

Why choose.. lets go with both

Creative writing, photography, opinions, random thoughts and pretty much whatever I feel like!

Writing and Stuff by Chris Hall - Storyteller and Accidental Blogger

Musings of a Renewed Mind
photographias