A Letter To My Alter Ego

You knew very well that I never like to write about myself. Still you coaxed me into it saying that it will help me to know myself and its time I should acknowledge my plus and minus points.

I was always a coward. I feared darkness, ghosts, and loneliness. I was afraid of fights, violence, criticism, failure and losing my friends and near and dear ones.

It was you, who gave me strength, courage and hope to come out of darkness, face fears and fight with them.

You only taught me that not being perfect is all right.

You said one cannot win all the times but the joy of participating is bigger than everything.

You taught me to stand for whatever one thinks is right.

You taught me the pleasure of sharing and caring as well as one should not feel guilty in enjoying things in life, it is not a sin.

You always had to be vigilant to keep me on the right tracks.

You knew that  if you take even a wink then I will go inside my shell like a turtle.

I want to confess that I’m grateful to have such a nice friend like you.

You are my conscience.

Please never ever leave me. 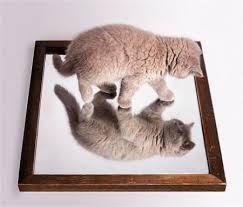 A letter  from my wit

It’s so pathetic to see you struggling with today’s task of writing a letter.

Surely you have written lots of letters when there were no phones and computers.

You wrote to your father whenever he was transferred to some other place.

You wrote to your maternal uncles whom you loved very much.

You wrote to your sisters and brothers after your marriage.

You wrote to your children when they were not with you.

And on many more occasions also.

So what’s the problem now?

I’m getting bored to death seeing you running to the commons, reading some posts then coming back to write your post.

You start writing then suddenly don’t find it interesting. You go back to read some other letters. Suddenly an idea pops up in your mind you come start writing and again delete it and…

Past half an hour you are doing this and getting on my nerves.

There are so many tips Cheri has given in her post.

I know you need lots of poking and encouragement, inspirations but there is a limit to everything.

If you don’t start writing in next five minutes I’m going to leave you forever.

Wish you some wit and good luck.

Imagine you had a job in which you had to sift through forgotten or lost belongings. Describe a day in which you come upon something peculiar, or tell a story about something interesting you find in a pile.

I had a short stint at an office of Lost and found. It was just a summer vacation job. Two more girls were working with me. We had to go through many lost items to check if any personal identification so we may contact the owner and return them. Usually, after a certain period, the items were either sold, gave or thrown away.

What surprised me most was the honesty of some people. They deposited some valuable items like gold chains, wallets with money, etc. instead of keeping them.

There were many boxes full of different items and going through them was a very exciting job. We all loved it. We will select one item and imagine or make some story about it. To whom it may belong, how he/she must be feeling about it or things like that.

One day a boy came with an envelope which he has found on the road. There was a full address on it but instead of dropping it in the letterbox, he preferred to deposit it with us. He dropped on my table and ran away.

It was a very old enveloped with well stamped. Obviously, someone wrote but either forgot to post it or deliberately did not post it or the receiver had no time to read it and then lost it.  We were speculating as usual. I decided to put a stamp on it and post it but my colleagues opposed my idea they were against posting so old letter assuming it had lost its importance now and suggested to throw it. I said okay and kept it in my bag.

You know, we women have some intuition, I had sniffed that something intriguing there and was eager to know about it.

At night after a warm bath, I settled in my bed with the letter in my hand with every intention to read it. My conscience was forbidding me but after much argument, I decided to read with a promise that if I feel it is an important letter, I will post it.

Well! It was a short confession letter.

I am feeling so guilty that I did not write to you for a year. I received letters but could not reply due to the problems I was facing. I lost my job. Mother forbade me to marry you as you were from a different cast. Father said he will bequeath me. I was going through a very bad phase of my life.

I know I should have written to you, shared with you but my ego did not let me do it. Now The bad phase has passed. I am in a stable condition got a good job. If you can forgive me and write to me then I’ll come and talk to your parents about our marriage.

I decided I’ll go to the addressee and hand it over personally. I may find the other part of the story.

Writing 101, Day Fourteen- To Whom It May Concern-

Writing 101, Day Fourteen: To Whom It May Concern–

I have already written in my previous letter that I have joined Writing 101 daily post assignments. We are given one assignment daily to write s a post on it.

Today’s assignment say “Pick up the nearest book and flip to page 29. What’s the first word that jumps off the page? Use this word as your springboard for inspiration. Write the post in the form of a letter.”

The word jumped off the pages of ‘ The Oath of Vayuputras” by ‘Amish Tripathi’ was‘ Bird Courier’.

So I’m sticking to this word. After Google searching I came up with some facts which I would like to share with you.

As I’m writing you this letter, is it not surprising how far we have come from the time when messages were sent, apart from other modes, by bird’s couriers? Mostly pigeons, due to their homing ability or the tendency to fly straight home from wherever they may be, speed and altitude often used as a method of communication and military messengers.

In Mauryan period Emperor Chandragupta and Emperor Asoka used to keep contact with their provincial governors with the help of pigeons.

The mughals also used them as their messengers.

Do you know that the art of training the bird came from Persians?

There are many stories about pigeons playing an important role in war.

The most interesting of them is of A Blue Check hen named Cher Ami. It was awarded the French “Croix de Guerre with Palm” for its heroic service of delivering twelve important messages during the Battle of Verdun. Most surprising is the story about its final mission in October 1918, it delivered the message though it was shot through the breast. The crucial message which was hanging from a ligament of her shattered leg, saved about 200 US soldiers of the 77th Infantry Division’s” Lost Battalion”.

I hope you will like and enjoy my little research.

Posted in Uncategorized and tagged bird courier, communication, Day Fourteen- To Whom It May Concern, letter, messenger, pigeons, writing 101. Bookmark the permalink.
NO MIDDLEMAN ART GALLERY Edge of Humanity Magazine
Keep it alive

A journey of expression and compassion

Speaking in a hundred silent ways

Picture This ~ My Photography
Picture Perfect Memories for life

“Never forget that once upon a time, in an unguarded moment, you recognized yourself as a friend.” - E. Gilbert

All about self realisation, paranormal, dream interpretation and more

Life in Copenhagen, Denmark, after moving during Covid-19.

A journey of expression and compassion

Speaking in a hundred silent ways

Picture This ~ My Photography
Picture Perfect Memories for life

“Never forget that once upon a time, in an unguarded moment, you recognized yourself as a friend.” - E. Gilbert

All about self realisation, paranormal, dream interpretation and more

Life in Copenhagen, Denmark, after moving during Covid-19.